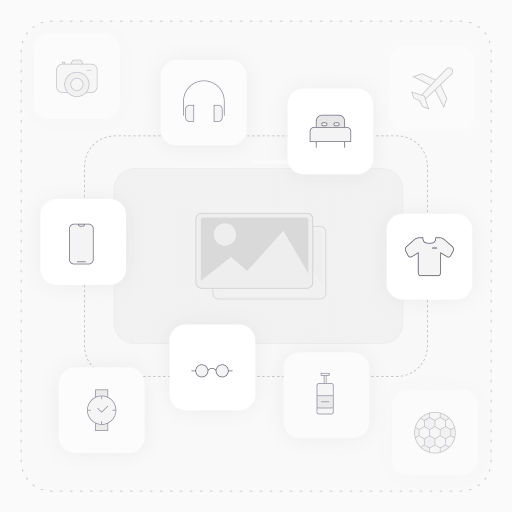 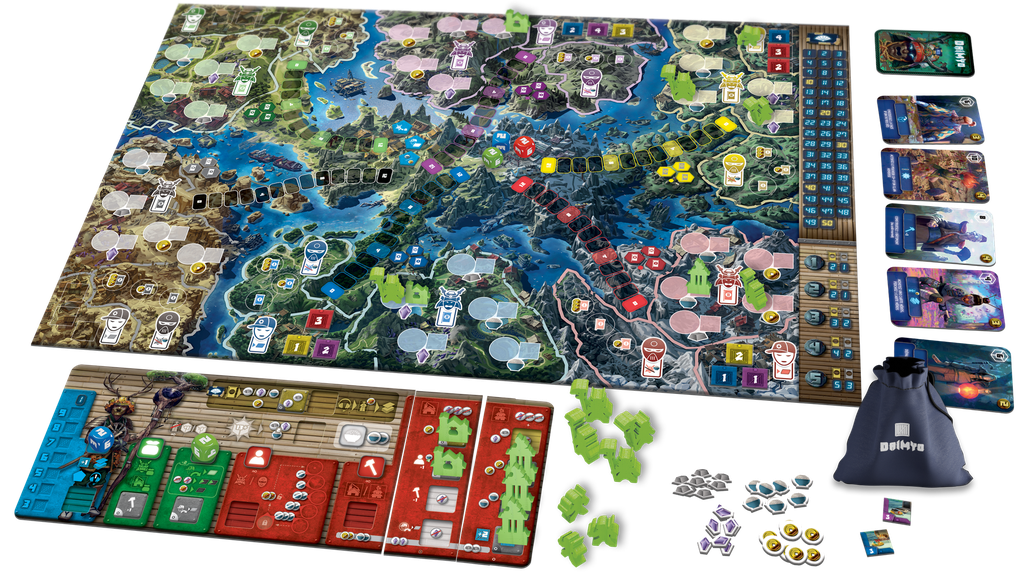 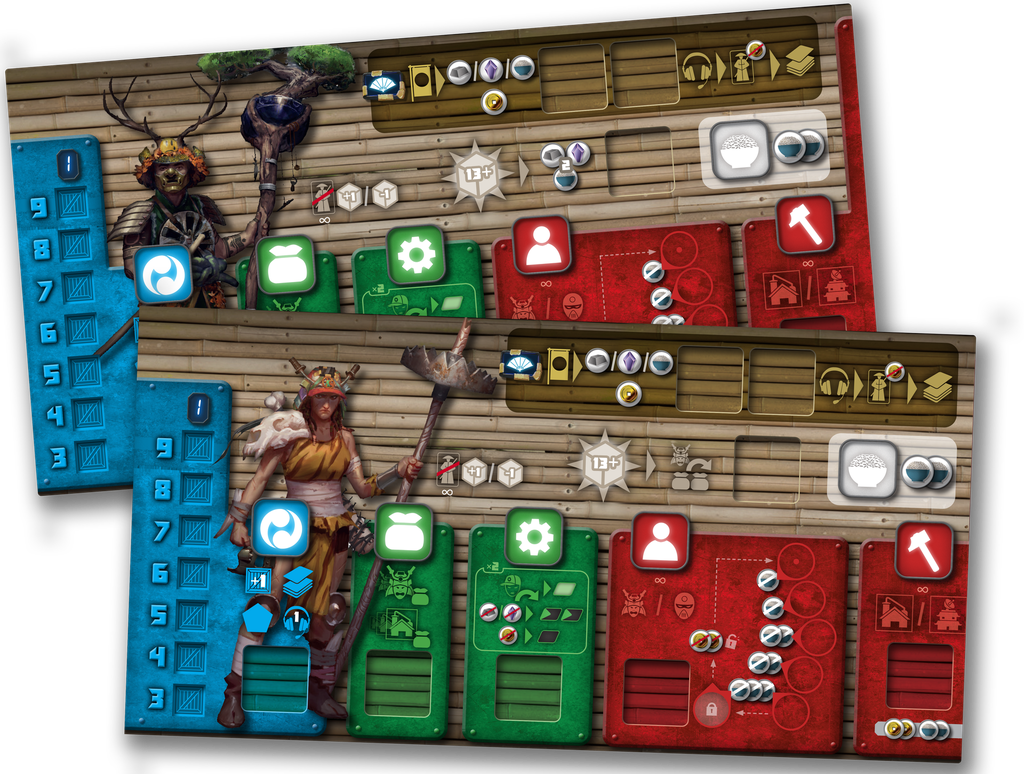 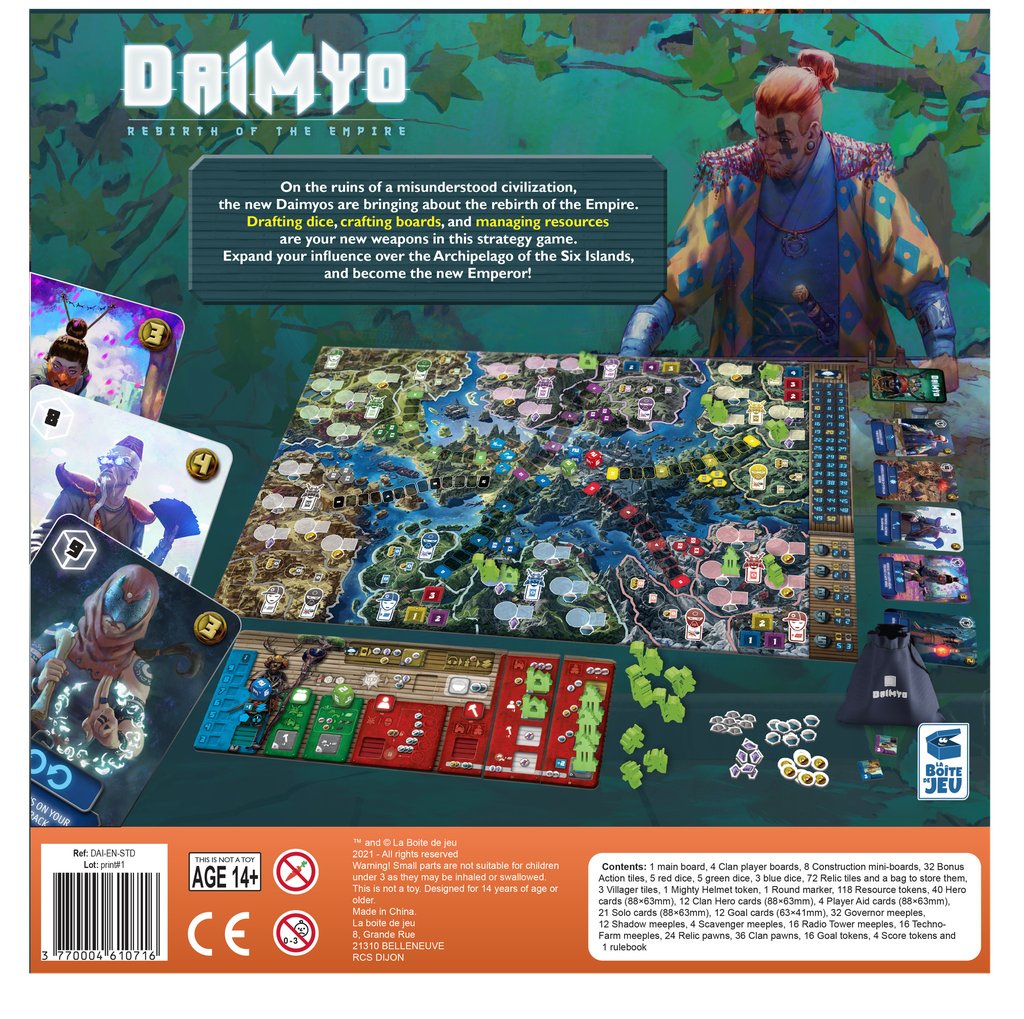 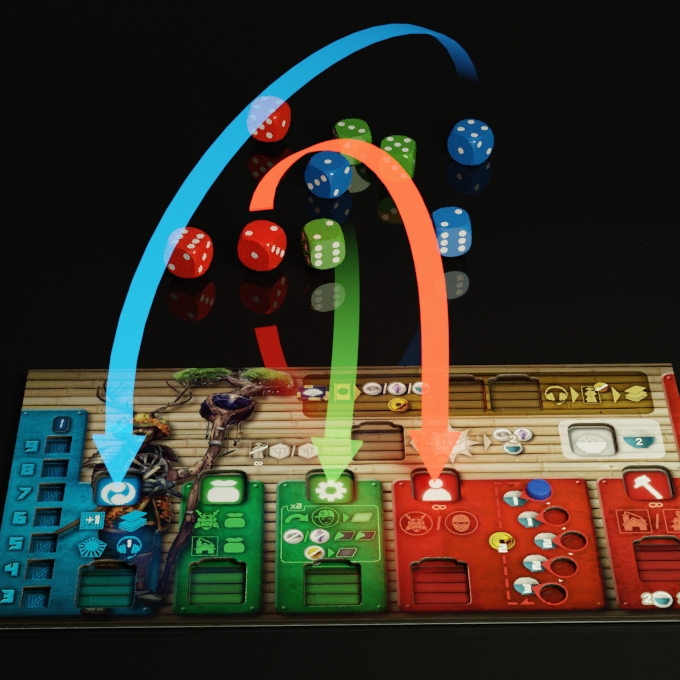 Daimyo: Rebirth of the empire

On the ruins of a civilization they do not fully understand, the new Daimyos work on the rebirth of the empire!
- Resource management
- Dice drafting
- Cards combos game
- Area majority
- Post-apocalyptic universe
-Player boards with upgradable actions

Miniatures from the Kickstarter available as an add on

Daimyo brings the dice drafting mechanism to a new level! Long after the end of the Time of Man, the few remnants of humanity have newly retaken the world, treading on the ruins of ancient civilizations. Within the Archipelago of the 6, the Clans live according to an absurd reinterpretation of Bushido. You are a Daimyo, a leader of a Clan, and you want to become the new Emperor of this archipelago. To do this, you must gain Popularity! Send your Governors to influence the local populaces, but they must remain wary of assassination by deadly Shadows while your Scavengers unearth glorious Relics from long ago. Seize control of this archipelago with the help of the new Heroes of this world!

Northern dice review - "The games works seamlessly from round to round, players are always interacting with each other...theme, artwork and component are just stunning... I really liked Daimyo-the rebirth of the empire"